The Authors and Artists Speak

Posted on August 10, 2017 by FourTiesTillFriday

Now we’d like to give our readers the opportunity to hear directly from our contributors. What does their story sound like in their voice? What do they think about what they’ve submitted? Let’s find out, they have a lot to say about their work, so listen up.

Our invocation poem is “Go to Work Invocation in Tsalagi (Cherokee)” by Ginger Strivelli. Ginger notes that while she is not a native speaker she has studied the language extensively and uses the language in her poetry.  The poem is phonetically spelled so that the reader might hear the piece in the language that inspired it.

Tsalagi Gawonihisdi is spoken by the tribe that was originally known as the Aniyunwiya.  Cherokee is the name given to that tribe by the Creek Tribe. The Cherokee were victims of the infamous historical event known as the “Trail of Tears.” Ginger set the following graphic as an accompaniment piece for the poem. 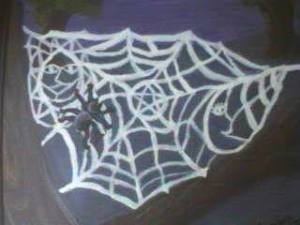 Factory I by Jenn Powers

Jenn Powers sent us the following recording about her photograph. Factory I is featured in our Art Gallery and will be a fitting back cover image for the ePub version of the magazine.

This entry was posted in Uncategorized. Bookmark the permalink.

2 Responses to The Authors and Artists Speak

This site uses Akismet to reduce spam. Learn how your comment data is processed.